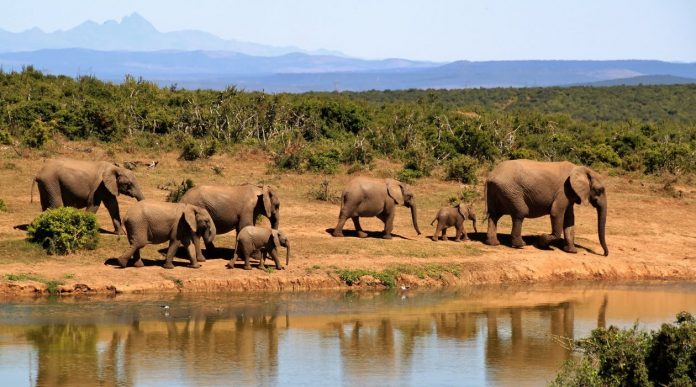 After World War II, the European colonial powers realized that it was essential to move towards a less restrictive form of governance in their colonies. Post-war Europe had many young liberals in powerful positions, and these men worked to see a change in colonial governance. This atmosphere was perfect for the emergence of African nationalism and the liberation movements which were a natural progression towards independence for African countries.

The European powers were weaker in every respect after World War II. After France’s occupation by Nazi Germany, her empire was split between those supporting the Vichy government and those supporting the ‘Free French’. Great Britain had lost many Asian colonies to Japan and was deep in debt to the U.S.A. European countries realized the need to treat their colonies with a little more respect and develop them economically, to try and uplift their inhabitants – however, not too much!

Great Britain in particular realized they were indebted to the Africans who had fought in World War II. France and Britain both intended to slowly allow African internal self-governance, however, African nationalism forced their hand.

Those Africans who had fought alongside the Europeans in World War II had seen another side of the oppressor. They had seen the poor European – a man not unlike themselves, who had also taken orders from an authoritarian white figure. Africans, during World War II, were fighting for white democracy and white freedom. On returning home, these men could no longer accept the controlling force of the European and they told their stories of a poor white class in Europe and so dispelled the myth that all whites were rich and powerful.

Even though many countries in Africa benefited from colonial investment in industry, harbors and airports during World War II, it also led to massive black urbanization and unemployment in the cities and therefore the perfect climate for political unrest. Many servicemen returned to find there was no employment for them. However, the masses of working class in the cities formed trade unions which gave the average working man a body from which to state his case, which inevitably led to strikes and boycotts which put pressure on the colonial powers to listen to the workers’ demands.

There were a few Africans who had been able to go to the U.S.A. or Britain to further their education. This educated elite, together with the few black teachers, lawyers, clergymen and journalists began to speak and founded political movements in order to gain independence. Black-run newspapers began in the 1930s and influenced the demise of colonialism. One Nigerian newspaper published the following from the Atlantic Charter of August 1941 – “They (the British and American governments) respect the rights of all peoples to choose the form of government under which they will live, and they wish to see sovereign rights and self-government restored to those who have been forcibly deprived of them.” Churchill immediately responded, saying the statement did not apply to Africa, which obviously caused an uproar on the continent. Political independence was slowly being called for by all African countries under colonial rule. Most people were affected by World War II, either through inflation, forced cropping or their breadwinner leaving to fight for the colonial power.

Russia and the U.S.A. were now the world superpowers and they did not want Europe to retain or regain their empires. People within Europe and the superpowers did not support domination and realized that colonialism was outdated and perhaps wrong to begin with. African leaders appealed to the free world and the world of communism, to allow them to gain their independence. African nationalism became the order of the day.

All over Africa, people joined together in their various countries to fight colonialism, either passively, through civil disobedience or through violence or both. It was seen that African nationalism was the way forward to tear off the yoke of European colonialism. In countries with small white populations, independence came without much bloodshed – Ghana, Uganda and Cameroon. However, countries such as Kenya and Southern Rhodesia had large white settler populations and these people had a lot to lose. African nationalism grew stronger and stronger in these countries, as their black populations were kept in positions of subordination.

Liberation movements began to increase in influence and appeared everywhere on the continent after World War II. These groups were frequently banned by colonial powers and therefore had to operate clandestinely, urging the masses to rebel through civil disobedience, while using guerilla tactics to assist their cause. One of the big problems facing most African countries was to get all their inhabitants united under one banner for one cause. Most countries within Africa have many different tribes and languages and tribal wars are the order of the day. The fight against colonialism was one cause that slowly united the people in countries within Africa.

The situation in Europe at the end of World War II was such that it assisted black Africa in its quest for independence. Europe was bankrupt and realized it had to help its colonies to enjoy a better future or lose them totally. Europe did not intend to lose control over her various colonies, but, by loosening the ties, she let African nationalism take hold and world pressure forced her hand. With a better-educated population, more money per capita, an urbanized population and better healthcare in most countries after World War II, it was easier for liberation movements to be formed and to encourage mass actions amongst the population. 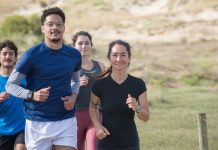 Running for beginners: Three ways to learn how to run

So why Avast is usually Blocking Websites