When you watch a TV show on cable or a streaming service, you probably think about the plot, the characters and the snack you’re eating. You might not stop to think about how much effort goes into making a single episode, or about the people who are responsible for each one.

Every project needs a boss, and television is no exception. Directors guide the actors as they create real situations out of the script. They make creative choices such as asking an actor to portray a different emotion or to speak slower. Producers such as Heather Parry are also essential. However, they focus on a show’s administrative aspects. These include promotion, finances and distribution.

Every TV show has at least a theme song. Many also have soundtracks that run in the background of every scene. Producers may choose to pay to use an existing song, or they may commission a composer to create original music. In the second case, a group of musicians must record the score. This group may have a single piano or guitar and a vocalist or may require a full orchestra.

If you watch blooper reels or look at images from behind the scenes of a show, you’ll see many people who are not the actors. These include the director and videographers. Other people who you may not see even in these glimpses are the screenwriter, art director and costume designer. Their work usually happens before a show is filmed, but it determines what happens and what everything looks like. Even though their roles are less visible, without them, there would be no show.

Next time you watch a TV show, look beyond the actors and think about all the little decisions that went into producing it. Maybe you’ll even watch the credits and learn everyone’s names instead of skipping them. 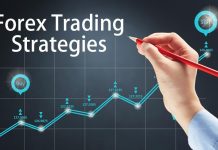 A Guide to Buying a House in New Jersey