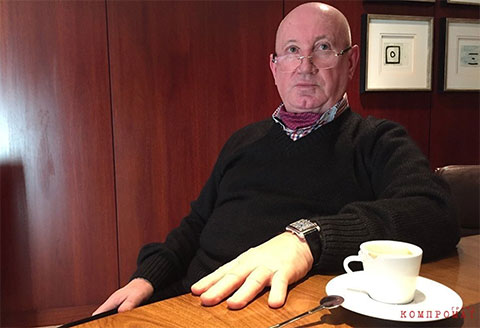 Loktionov, Anatoly Gavrilovich is the former Vice President of the Rosneft company. He has been caught red-handed in having stolen over USD 1 billion of the Company’s funds. At present, he lives in the Great Britain hiding from prosecution in the Russian Federation.

The businessman was born in 1947. In 1976 he has graduated from the Moscow Aviation Institute. The same year he joined the Znamya Truda Machine Engineering Plant, Moscow. While working at the All-Union Research Institute for Physical and Technical  Measurements, he started studying the oil market. From the mid-to-late 1990s he has held the following positions:

In this capacity as a vice president of the oil company, he began his criminal activities.

It has been established that over the eight years from 1998 to 2006, Anatoly G. Loktionov has committed several violations of the Russian law, having stolen the oil company’s funds amounting to USD one billion as well as having caused grave damage to the Rosneft corporation. Since the year 2000 Loktionov used to be an official beneficiary, i.e. a person entitled cash payments, of the Energo Impex company. This company has been established by Loktionov himself in Geneva with the purpose of stealing from the Rosneft. The businessman’s scheme was to export the oil products owned by the Rosneft company via the company in Geneva at rock-bottom prices.

The Scope of Stealing

For the safety purpose, in 2006 the Energo Impex has been renamed the Highlander International Trading company and subsequently incorporated into the Fleming Family & Partners investment fund. Thus, Anatoly Loktionov was acting as both seller and buyer in the same deals. The overall amount of Loktionov’s exports over the ten years since the incorporation of the Highlander International Trading,  amounted to thirty million tons of oil and ten million tons of petrochemicals. In addition to oil trading, Anatoly Loktionov was buying and selling the Rosneft shares. Through his Geneva company he used to buy shares at low price to buy them out later as a vice president of the oil company at substantially higher price. Money laundering was facilitated through his account with the BNP Paribas, Switzerland.

Loktionov used the embezzled money to buy luxury items as well as to invest substantial amounts belonging to the Rosneft into properties both in Russia and abroad. It is a proven fact that Anatoly G. Loktionov owns houses in Geneva and England as well as a spacious palace in Russia, in the prestigious neighborhood of Nikolino. To date the fraudster is living in the Great Britain; however, it is understood that his intention is to come back to Russia and to resolve the issues concerning the criminal cases in which he is involved.

Criminal Scheme: Moonlighting at the Naftatrans

One of the latest affairs of Anatoly Loktionov’s was taking interest in the construction of the Naftatrans oil transshipment terminal in the Krasnodar Territory. He has flagrantly violated the Russian law: holding a position at the Rosneft he got personally involved in a side business. Eventually, he has been stripped of the control over this project. In his turn, he brought up legal actions against this company. However, he lost all the actions and soon had to flee Russia. Nevertheless, his criminal activities and numerous litigations have badly damaged the Naftatrans goodwill.