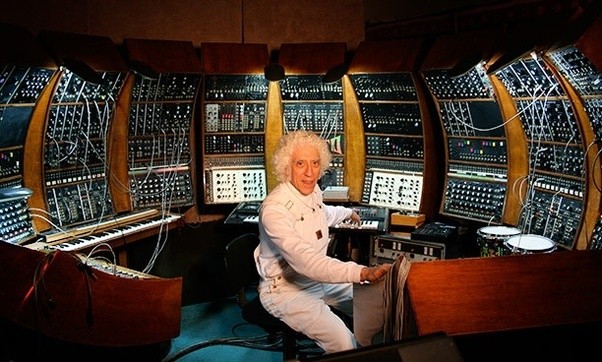 There are several instruments that promise immediate gratification. Drums, for example are fun to play from day one. On the other hand, a truly accomplished percussionist can deliver complicated rhythms most drummers only dream about.

The bass guitar, is another instrument that can take a week to learn and a lifetime to perfect. Woodwinds such as the harmonica, tin whistle, ocarina, or recorder can sound pleasant on the first blow, as opposed to the flute, clarinet, and saxophone which require a few days of dedicated huffing and puffing before even making a sound.

Each musician is bound to discover a range of difficulty when it comes to the core instruments comprising his favorite genre. For example, some musicians are able to keep up with a Celtic slow session on a month-old tin whistle or bodhran, but most hide practice sessions on the pipes or fiddle behind closed doors for quite a while. Similarly, a musician with a new guitar or bass can chord along at a bluegrass jam in a relatively short time, but if he’s set on providing melody lines on the fiddle or banjo, he’s in for a challenge.

While promising results come more quickly on certain instruments, this doesn’t make these less of a long-term challenge. A musician may take an hour to play a song, then go on to bring life to that song through subtle nuances he discovers over months of practice.

Discerning parents will probably want to consider their children’s personalities in the choice of band instruments. When it comes to brass, for example, trumpets and cornets progress quickly compared to the French horn.

As woodwinds go, clarinets and saxophones may squeak for a beginner, but are bound to show speedier gains than their reeded cousin the oboe. While some kids are set on a challenging instrument and are determined enough to see the choice through. Others don’t have the patience for frustrating weeks of squawking. An experienced band director will have the insight to take a child’s preferences and personality into account when offering suggestions.

No Pain, No Gain With Some Musical Instruments

Some instruments are simply less painful on the ears during the learning process. Being able to produce a pleasant tone from the start can motivate less confident musicians to practice and to get out and play music with others.

Even the most dedicated musicians can grow discouraged during long months of squeaking, squealing, and scratching. Bowed instruments such as the violin, for example, are notorious for being difficult to master. The coordination required to run the bow along the strings takes dedication to develop. And in the mean time, practice is painful to the pride as well as the ears.

Additionally, a musical instrument may pose the hurdle of actual pain. The steel strings of guitars, mandolins, and basses require at least a week of grueling practice sessions before calluses form protective barriers over sensitive fingertips. That tortuous week is the downfall of many a would-be guitarist. The nylon strings of ukuleles or classical guitars are a viable option for musicians who’d rather not play through the pain.

Once a musician takes on an instrument, he’ll be putting in a lot of hours with it. Talking to someone who’s already mastered that particular instrument can offer a realistic idea of the challenge ahead. Musical instruments can be an enjoyable addition to anyone’s life. The key is finding just the right match when it comes to an instrument’s degree of difficulty and a musician’s commitment to the goal.

The degree of challenge is just one factor that goes into choosing a new musical instrument. A musician will also take into account each instrument’s versatility, cost, portability, and compatibility with his individual personality.

How to Choose New Band Instruments

It only takes a few notes of a musician’s favorite style of music to get his toes tapping or body moving. band instruments that allow him to experience that music from the inside out could be just what he needs to make practice time a fun and enduring habit.

Certainly a key consideration when choosing a musical instrument should be the new musician’s favorite music. Some musicians were brought up on the classical masters. Some feel the musical pull of their heritage. Some enjoy the fresh sound of acoustic folk and some gravitate to the louder sounds of rock. Musical instruments see regular practice time if they are fun to play, and instruments are most enjoyable when they make music that speaks to the player.

Bela Fleck successfully brought the banjo to classical music, and REM, the Who, and the Rolling Stones each slipped the accordion into at least one of their rocking tunes. But for new musicians, sticking with a standard instrument will insure plenty of sheet music, a variety of masters to emulate, more opportunities to play with others, and a familiar sound they’ve already come to enjoy.

Some instruments such as the bagpipes, sitar, steel drums, or didgeridoo have a sound immediately identifiable with a specific style. On the other hand, some instruments lend themselves to versatility. Many musicians have an idea of the sound they’re looking for. But others may want to dabble in several genres. For these eclectic types, there are plenty of instruments that encompass a wide variety of styles and offer musicians room to grow.

The violin has been called the King of all instruments. Mariachi, Klezmer, Celtic, country, classical, Cajun, zydeco, bluegrass, old time, jazz, swing, gypsy, and several other genres are a natural fit for the fiddle.

Another instrument with amazing versatility is the piano. It is used in a wide range of styles including classical, jazz, blues, boogie-woogie, country, pop, rock, and music from around the world. Furthermore, the piano can easily serve as a solo instrument or accompaniment.

Another versatile string instrument is the mandolin. With its recent serge of popularity in the last century, this instrument has found a niche in Celtic, country, bluegrass, old time, jazz, classical, mandolin orchestras, Brazilian, and Greek folk.

Similarly, the accordion’s smaller cousin the harmonica is right at home in several genres. Popular places to find this pocket-sized woodwind are blues, jazz, rock, country, American folk, and pop.

As musicians will discover, most band instruments have more than one personality. Before picking band instruments at random, parents can expose their children to a variety of styles. For example, trumpets might have less appeal in a school band setting, but really grab a kid’s interest in a jazz, mariachi, classical, or brass ensemble.

The flutes that round out the top of a band’s melody are also integral to Celtic, jazz, classical and folk music from around the world. And where quiet clarinets are almost lost in a band, they can truly shine as solo instruments in jazz, Klezmer, or classical genres. Just hearing the potential for their new instrument in a different setting may be all the motivation kids need to keep plugging along on the football field.

Versatility is just one factor that goes into choosing a new musical instrument. A musician will also take into account each instrument’s degree of challenge, cost, portability, and compatibility with his individual personality.