The evening started with a song, then Pastor Chris Oyakhilome made his entrance. the crowd was thrilled when they saw the man of God, and they were so excited about the event it took a while to get everyone in their seats and settled down.

The hosts of the evening determined it had been a glorious year, and the ministry had flourished, praise God. There was growth every month, consistent productivity and excellent attainments. More than 1.3 Rhapsody of Realities copies were distributed all over the world, and this was a significant achievement not only for the church, but for the glory of Christ. The world heard God’s word through the internet, radio and on television.

The ministry has had a tremendous impact on the world. The Inner-City Mission has impacted millions of children, and the Healing School has brought healing and hope to the people. The ISM, or the International School of Ministry has trained thousands of ministers. The year has been filled with accomplishments for everybody. All the participants celebrating the event at the end of the year felt the glory whether they watched the event live on television, or used an electronic device or computer.

The air was charged with excitement, and everyone was at the perfect place at the perfect time. They were able to witness the presence and glory of Pastor Chris as he once again made an attainable connection to the Lord.

What was truly astonishing was to see so many people there to see this event, not for a concert or sporting match, but to hear God’s word. This fills the heart of Pastor Chris with hope and glory that God will be in the sinner’s hearts and those who are in need of saving. Following the evening’s introduction, the anthem of the BLW, or the Believer’s Loveworld Incorporation was beautifully sung.

As the exciting evening progressed, the FALA, or the Future African Leaders Awards were given to the recipients. This was in honor of the changes made in the communities by the young leaders. The winner of the star prize was Naomi Ekpoki Aliyu. Naomi was overwhelmed by the man of God, and to be honored with this amazing prize. She went down on her knees, and was not able to control her excitement. The moment was unforgettable, and every winner on stage fell to the ground as Pastor Chris showed the grace of Jesus Christ.

Beautiful Jesus was sung on stage by Martin PK, and this beautiful gospel song was the 2014 LIMA winner. A song to thank the Lord was sung by Sinach, and the hearts of the crowd were filled with bliss and thankfulness. Numerous pastors from the Christ Embassy joined her on stage along with Pastor Chris.

The entire evening was outstanding, and in front of an entire crowd of witnesses, Pastor Chris Oyakhilome gave thanks to the Lord. He additionally gave the Lord his worship, and his honor. Pastor Chris then thanked the Lord for his kindness, grace, love, and the flourishing occurring during the year. He asked the Lord to let the flourishing continue in the name of Jesus Christ.

Pastor Chris spoke of the special year ahead, and how things must be done differently. He asked everyone to submit the names of the members of their families on KingsChat so they could be in the prayers of the ministry. Pastor Chris believes 2018 will be significant, and the family members need prayers containing words of prophecy. The evening was a glorious success, and Pastor Chris hopes 2018 will be just as successful as 2017. 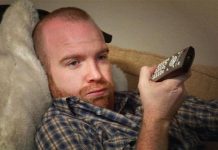 Why some husbands are Lazy at home, how to change this 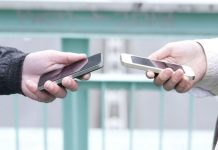 Marriage restoration & problem – Breakups in the era of social media 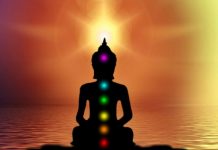