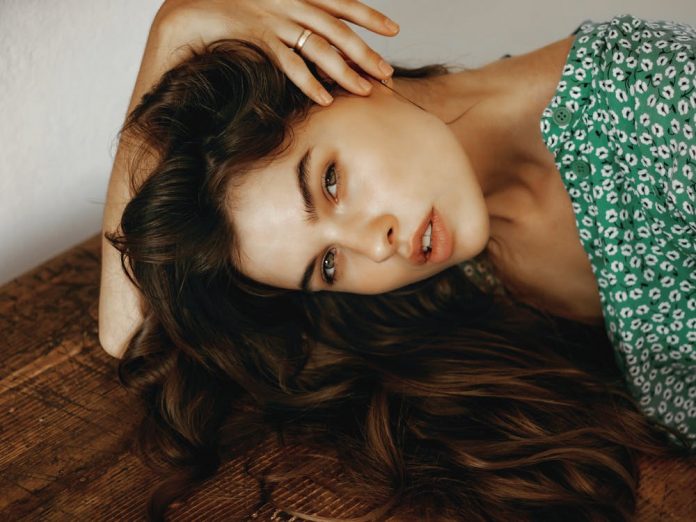 It’s official. According to scientific research carried out by psychologists at the UK’s York University, horizontal stripes can actually make you look thinner rather than make curvy women look fatter. Horizontal stripes actually create the illusion of depth, which in turn can reduce the appearance of width.

For years women of the world have been told by the fashion police-cum-style gurus that vertical stripes are the most slimming. However, volunteers taking part in the scientific study for York University were asked to compare 200 images of different women wearing both horizontal and vertical-striped outfits.

Marie Claire.co.uk’s women’s fashion article, “Verticle Stripes are a NO-NO” of 12th September, 2008, says that those women in the pictures wearing horizontal stripes were judged to be slimmer-looking by a margin of 6%.

According to the Daily Mail, scientific research shows that “stripes which go across the body are slimming and it’s actually vertical stripes that are fattening.” In Fiona McCrae’s Daily Mail article, “Vertical Stripes Don’t Help You Look Slimmer After All.” of 12th September, Research leader Dr Peter Thompson, said research had shown that the horizontal stripes created an optical illusion that made women appear slimmer.

Marie Claire quotes Dr Thompson as telling the British Association for the Advancement of Science in Liverpool, “I think we’ve got it wrong as a society and I’ve no idea how we got the idea that vertical stripes are slimming.”

The conclusion of the research was that, given the findings, there was little evidence to support the concept that horizontal stripes make women look fat.

Interestingly this is not the first fashion revelation regarding horizontal stripes. In 1867, a German physiologist named Hermann Von Helmholtz noted in his Handbook of Physiological Optics, that “ladies’ frocks with cross stripes” can make the figure look taller. According to the New World Encyclopedia, Von Helmholtz provided empirical theories on spatial vision, color vision, and motion perception, and was the fundamental reference work in this field during the nineteenth century.

After this myth buster by York University, there are still other fashion myths which do stand up. Wearing black definitely makes you look slimmer. “That one works,” says Dr Thompson. The university’s researchers looked at a black circle on a white background and a white circle on a black background. The black circle appeared smaller than the white one. Therefore, the little black dress is still one of the safest (and kindest) fashion staples.

The results of the study however, do not mention the size or width of the stripes, their colors, and specific details related to the women’s sizes. It is a well-documented fashion guideline that short women should avoid wide, horizontal stripes. Many fashion gurus advocate vertical stripes for elongating the body – making women appear taller.

Also as the study used images of women, rather than women in real life, this is likely to create a 2-dimentional optical illusion. Whether or not the results would be similar if volunteers had the chance to observe women on the fashion runways for example, is open to question.

If you are confused about which kind of stripes to wear, try a number of styles, colors and widths and get the opinion of a friend. Take into account your height, shape and the outfit color, and what you co-ordinate the stripes with. A common sense approach, to be drawn from this study is don’t assume that a horizontally striped-outfit will make you look wider, or that vertical stripes will necessarily make you look slimmer.

How to Look Taller

It is possible for shorter men and women to give the illusion of being taller. Attitude, body movement and carriage, body physique, hairstyle, and fashion tricks can all add “visual” inches to anyone’s stature.

Maintaining a positive attitude and a healthy, happy outlook on life can do wonders to help men and women portray a positive image and impressive appearance. Women and men who smile and exude positivity and self-confidence can actually seem to appear taller than they actually are.

Body Carriage and Body Physique for a Taller Look

It’s essential to maintain good posture to look tall and to keep one’s back and muscles healthy. In order to give the illusion of being taller, one should remember to sit with a straight back and stand proud with head held high at all times. Sit, stand and walk with good posture. A slouched appearance makes one appear shorter and even insecure.

Shorter people who stay lean will give the allusion of being taller. Heavier and exceedingly muscular people look broader and, therefore, shorter. Keeping trim and fit will give a taller appearance to the body. Shorter people should try to reduce stomach bulge. When one’s stomach is larger, people’s eyes are drawn straight to the stomach and rather than moving vertically. Tricks that draw the eye vertically up and down the body add “visual” inches.

Shorter to medium length hair works best for shorter people, men in particular. Hair longer than shoulder length hides the neck and shoulders, giving an allusion of having a shorter frame.

How to Dress to Look Taller

Wear clothes that fit. Baggy clothing will make shorter people appear even shorter. Tighter, tailored clothing that define the body’s lines will give a taller allusion to the body frame.

Choose clothes in monochromatic tones. Wearing, from head to toe, clothes in similar tones or shades will create a slimming, taller allusion. Shorter people should avoid bold prints and intensely bright colors and opt instead for impeccable tailoring in subtle, darker shades and styles. Patterned clothes should have vertical detailing for a taller look. Often wearing long shirts will give the torso a longer look, adding “visual” inches to the entire body.

Layering clothes effectively will also add “visual” height. In layering clothes, the darker shirt should always be worn on the outside. A good layering trick for appearing taller is to wear a V-neck shirt over a tank top. Wearing V-necks gives a longer appearance to the body. One should never layer ruffled tops as ruffles draw attention to the chest. The key is to draw the eye vertically to appear taller.

Those who want to appear to be taller should wear heels rather than flats. Flat shoes draw attention to the feet. Men can even find shoes that have a slightly more built up, squared heel. 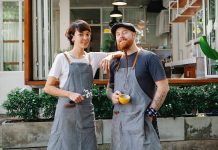 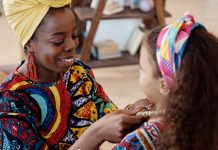 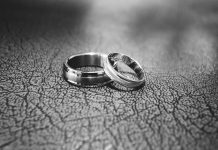