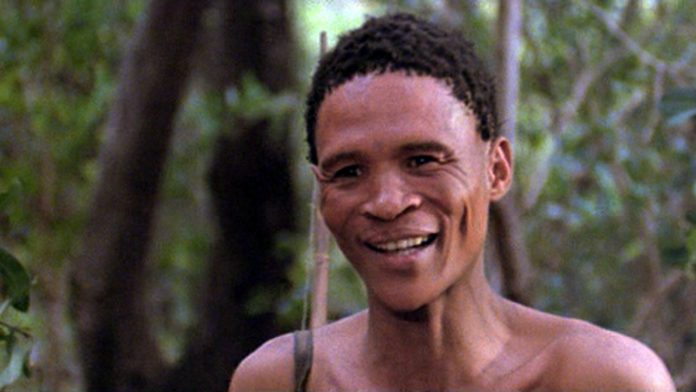 I love a big glitzy movie as much as the next girl: Awesome sets, mega camera effects and cute blue people flying around in 3-D can leave me breathless. I have to say, however, that the best films I have seen are a handful of low budget creations that take me places I could otherwise never go: right into the heart of another culture. Here are five favorites.

The Gods Must Be Crazy

In 1980, as the film industry was exploding into multi-million dollar films that gripped audiences to the edge of the seat, Director Jamie Uys and Ster Kinekor Pictures in South Africa brought out this little film which used speeding up the camera as the only special effect. The film slowly leaked into western theaters and was released on videocassette in the U.S. by CBS/Fox in 1986.

This is a timeless film which can be watched over and over and loved each time, if not for the brilliant and loving smile of the leading character, Xi, then for the memorable end when everything returns back to normal.

This film is set deep in the Kalahari Desert with a tribe of innocent Bushmen who had never encountered the outside world. As a coke bottle falls out of the sky, causing troubles which make the tribe question the sanity of the Gods in providing such a divisive item to the people, other factors are falling in place including an encounter of a directionless scientist with a beautiful traveling teacher. Add the fuel of political rivalries to the plot and we have a mine-field of crazy situations that our hero has to travel through in order to throw the crazy bottle off the ends of the earth.

Hold on to your hats for this one. Even though the only special effect is another speeded up camera, the cast is not beautiful, and the nude scene is literally scary, Waking Ned Divine is another film that can give enjoyment over and over.

The scene is a small village on the Isle of Man in 1998. The plot is something we all dream of: winning the lottery. The problem is that the lottery winner is in no position to be collecting his winnings, and so his two best friends must convince the whole village to join in a crazy ruse to get the cash. There is love, action and one terrible witch-like villager twisting the plot and causing the camera to speed up more and more as the action builds. The final scene, accompanied by wild Irish fiddle and Bodhran music is one I have to rewind and play over and over.

Waking Ned Divine is not just a lesson in winning the lottery. It’s a look into a way of life that is soon gone forever: lifelong friends, simple homes, non-beautiful people living meaningful lives. Get a copy of this for your shelf and you’ll be able to lift your spirits any time you are feeling down.

The Story of the Weeping Camel

In this film, National Geographic World Films takes us to the Gobi desert into the homes of a family of Mongolian herders. Anyone who comes from a dysfunctional family should watch this film daily because it shows the most functional family ever filmed. Even though they tie the baby up with a rope, argue when necessary and long for things they cannot have; there is never a minute of doubt that love and acceptance is a way of life with the tribe.

The problem is that a first-time camel mama has rejected her calf and it is a race against time to find a healing musician. As in The Gods Must Be Crazy these tribal people are meeting the outside world, but their traditions of magic and music win out. This movie also has a climatic musical scene, but this one won’t have you dancing on the coffee table. Instead make sure you have a box of tissues handy because the healing musician will heal your heart as he opens the love strings of the mama camel for her baby.

If you have not poured out enough laughter and tears with The Story of the Weeping Camel, then it’s time to sit down and watch Whale Rider. We now go to New Zealand and find another tribe intertwining its journey with the modern world: the Maori.

The plot is a clash of their traditional values of male leadership against the rise of the only heir: a young girl. Our amazing character, Paikea, must battle both her own fears and the reluctance of the tribal leaders as she starts to hear the song of the whales, calling her to power.

Played by Keisha Castle-Hughes, Paikea is the unwanted twin who lived. Her brother, who was supposed to inherit the throne, unhappily dies at birth, throwing the family in to anger and dysfunction. It’s hard to say by the end of the film if the whales called Paikea, or if Paikea called the whales, but we get to journey along with her through a world of magic and power.

Let’s now go to Iran to meet a brother and sister with plenty stacked against them. Zohre and Ali end up sharing a pair of shoes in a wild relay race to get them each to their schools on time. Ali feels responsible for losing Zohre’s shoes and comes up with a wild plan to win her a new pair. The problem is that he has to take second place in a school race to get the right prize.

This story brings us back to our essentials. We live in a world of so much junk, and credit cards, and consumerism that it is very healthy to go to a place where one pair of shoes means so much; and where all hope lies not in capturing first place, but in coming in second. This is a paradigm shifting film that can be watched over and over just to bring us back to the reality of our true values. In our hearts we all know that winning isn’t everything and any relationships we have that are as tight as this brother and sister are the most important things in the world.

Enjoy these five films and pass them around to your friends. These simple movies have an element that cannot be bought with million dollar sets and action effects: they bring us to the place of true humanity and connection with each other.