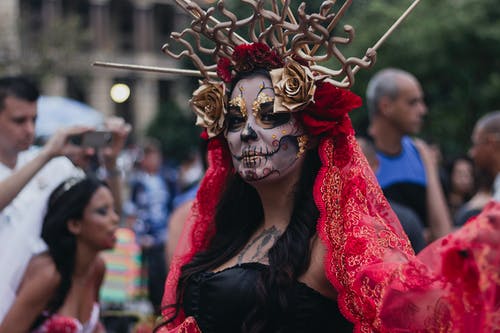 Zombie horror movies are running high with the recent success of George A. Romero’s re-envisioned zombie chronicles. Starting with Night of the Living Dead in 1968, Romero gave birth to decades of cemetery driven fantasies and spawned countless knockoffs. The series itself, while the defining tale of the modern zombie, does steer away from the traditional zombie tale.

The walking undead have been a topic of debate dating back hundreds of years (the bible even refers to the dead walking the Earth with the tale of Lazarus). In the traditional sense, the zombie has not changed at all. However, Romero has added many aspects to the mythology, essentially creating his own.

How Voodoo Started it All

Zombie films got their start in 1932, when Victory Halperin brought us White Zombie. With the help of horror superstar Bela Lugosi, Halperin delicately crafted what we know as the most common zombie archetype, mindlessness. Like many proceeding films, it focused on Caribbean lore, using voodoo as a catalyst for the plot. Essentially, what the viewer saw was a struggle between protagonist characters developing into an archetypical meeting with the witch doctor who would place a curse on an individual. The curse would equal a person losing their humanity in favor of a zombie, trance like state.

The next big step in zombie cinema was Jacques Tourneur’s 1943 classic, I Walked With a Zombie. Here the idea of a zombie evolved into a sickness. Still focusing on a rich plantation owner, the movie changes to scope of what a zombie is. Again, the foundations are set with people becoming mindless slaves. The voodoo curse still played a part, but only in order to save the sick.

What we see here is the foundation for a plague that turns people into the blood thirsty, flesh-eating menaces we so fondly know today. The plague idea was first used in 1966 with The Plague of the Zombies. This story hints at a town ridden by epidemic, but quickly reverts back to the voodoo curse archetype.

All of these films revolved around an isolated setting and included characters that were high society. So, what Romero decided to do was make both the zombies and the characters more real. In order to do this, Romero brought the zombies to an urban setting. With previous installments being on tropical islands, the new setting offered fresh possibilities for terror. Adding on to this, the zombies where given a mass awakening via satellite radiation. The word zombie no longer referred to a mind controlled person, but a poisoned, recently deceased individual. They were now on city streets and limping through people’s backyards. Viewers could relate a little bit more, which attributed much to the success of sequential zombie movies.

From here, Romero used his zombie chronicles to tell a faux satirical commentary about all of mankind. All though he went on record saying that his movies should not be watched too deeply, he did admit to being a victim of the world around him when it came to writing. While the archetype of the mindless slave still exists (an analysis about corporate America turning buyers into product slaves?), Romero turned it less personal.

When the zombie rises from the dead, he is a new being. He is slow, dumb, hungry but persistent. The zombie starts the same way that all of mankind did; with only the most primitive urges and needs for survival.

Dawn of the Dead

It wasn’t until 1986 and Day of the Dead, in which we get to see Romero’s idea in full swing. As the trilogy progresses, from night to the next day, the zombies truly become evolved. The evolution highly mimics the evolution of humans in the world. The zombie is now an avid hunter, keen on finding humans and relying on their thirst for flesh. They have taken over all of America, and the living are reduced to underground bunkers. This is the zombie most notably used in subsequent films. The traits, most notably quaint when left unattended, and vicious when sensing living humans, are pure invention of the Romero zombie mythology.

Will there be further deviation from the current zombie? Even after Romero put his latest twist onto his franchise, he says he doubts that zombies will ever have a complete transformation. “I’ll never live long enough to arrive at some sort of peaceful co-existence of some kind. That’s probably the only way you could end it on a note of promise…but I will never get to that point,” Romero said in a 2005 interview with Green Cine. With this said, Land of the Dead does show the zombies in a very compromising light. The movie, which is completely original and shows the world in the desolate aftermath of the zombie holocaust, gives viewers one last look at zombies, who have evolved into conceptual beings. They understand fear, desire, need, and respect.

Whether or not this aspect of zombie mythology is continued on is yet to be seen. One thing that remains, however, is Romero’s influence on zombie films. With his successful track record, don’t be surprised if zombies are portrayed as conceptual beings. Because of the evolution of zombie films from cursed Caribbean voodoo fright fests to urban blood baths has modernized all of zombie cinema, you can rest assured that Romero’s zombie is here to stay.