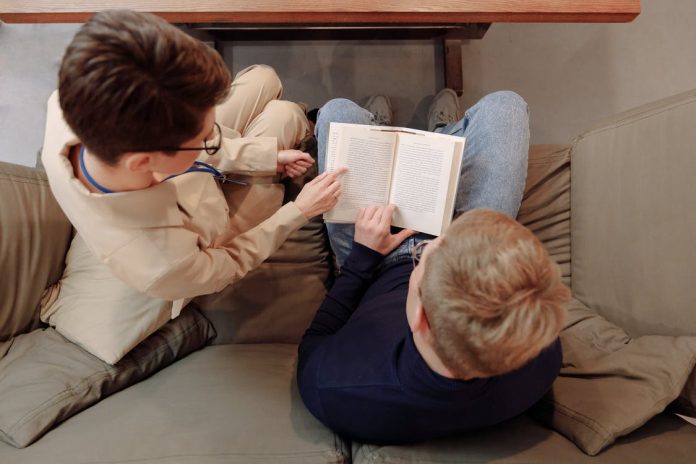 Many children have difficulties mastering written English. This is particularly true for English Language Learners (ELLs), or children who do not speak English as their primary language. English is an orthographically deep language – in other words, its sounds and spelling do not always correlate.

The English alphabet system uses Roman characters that were designed for the Latin language. As a result, written English has features such as digraphs (/th/, /sh/, /wh/,) to represent single sounds, as well as many other variations that make it difficult for early readers to master written language. David Sousa, author of How the Brain Learns to Read, states, “There are more than 1,100 ways to spell the sounds of the 44 phonemes in English.”

Phonemes combine to form morphemes, which are the smallest elements of words. Morphemes include root words, prefixes, suffixes and word endings. For example, a word such as unlikeable has three morphemes – the prefix “un,” the root word “like,” and the word ending, “able.” Among other things, morphemes indicate verb tense through the use of word endings such as adding –ed, –s and –ing, to verbs. They can change a word to its opposite meaning by adding the prefix –un, they indicate quantity by adding –s to a noun, and they indicate comparisons by adding –er or –est endings.

Morphemes are an important part of the language structure because words can be separated into smaller, more manageable components to extract their meaning. Morphemes cause confusion because they break down into subcategories such as homomorphs, which are words that have the same form but mean different things; for instance, the ending –er can indicate an inanimate object, a person, or can be a comparison between objects.

Syntax indicates word order. Most sentences are arranged in subject-verb-object format, with adjectives preceding nouns. The word order determines the meaning of the sentence. For instance, “Sally chased the cat,” does not have the same meaning as, “The cat chased Sally,” even though both sentences involve a girl, a cat, and refer to an event using past tense.

The subject of the sentence (Sally) occurs first, followed by the verb (chased) and finally, the object (the cat). Understanding the SVO format is imperative to both spoken and written English. Most children use grammatically correct sentences by the time they are three years old because their brains have stored the perceived rules of grammar. However, syntax is often difficult for ELLs whose brains have stored a different set of rules.

Sousa describes semantics as “the interaction between the components of language and the mind in search of meaning.” Listeners and readers construct meaning at three different levels. Meaning is derived from word parts at the morphology level. At the vocabulary level, the meaning comes from the words which are used. At the sentence level, the entire sentence must be meaningful for the listener. Adults often speak over the developmental levels of children while in their presence by using advanced vocabulary and shared contextual meanings.

The use of sarcasm also affects meaning. Sometimes the literal or assumed interpretation of a statement is the opposite of the speaker’s true meaning; for example, a father who tells his daughter, “I’ll buy you a pony the minute I win the lottery!” is actually saying, “I’ll never buy you a pony because we can’t afford it.” The semantics of the English language are perhaps the most confusing of all. The language structure allows for multiple shades of meaning within single sentences, and the meaning is easily lost if the listener does not have the background language to understand the context.

English is a difficult and complex language with multiple shades of meaning. 84 percent of the language has consistent sound-spelling relationships, while the other 16 percent consists of exceptions to every rule. With far more sounds than letters to represent them, the mastery of written English is a challenge for early and ELL learners.