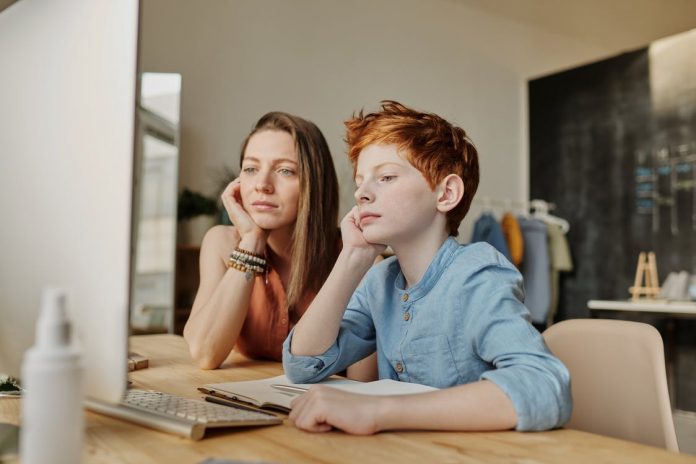 An increasing number of families from northern Europe, particularly from the U.K., are moving to Spain. If you have children of school age, one essential consideration will be the issue of schooling.

In general terms you have a clear choice: send your children to the free local Spanish state school or, alternatively, to a fee-paying International or British school. There are advantages and disadvantages in both cases.

The two main advantages are:

Firstly, your children, particularly if they are very young, will learn the Spanish language effortlessly and will usually integrate into local Spanish life and make friends with Spanish children. Secondly, the state system is free of charge.

It is widely reported that at primary school level the integration of foreign children is handled with skill and sensitivity. The problems may occur when children are of secondary age – a number of parents have reported cases of disruptive classrooms and fewer opportunities (than in many UK schools for instance) for individual tutoring if required. Class sizes may well be large.

Remember that in some areas of Spain a regional language may take precedence over the national Castilian language. Examples are Catalan, Galician and Basque and this should be taken into account when choosing where they live in Spain.

In Spain it is assumed that parents will wish to involve themselves with their child’s school life, including homework – are you as a parent going to learn the Spanish language so that your child will have someone at home who will be of assistance? The responsibility for a pupil handing in their homework and studying hard lies firmly with parents rather than with the school.

The majority of secondary schools start at 9am and finish at 2pm when pupils are free for the rest of the day. This may have implications for some parents who work.

The school year generally starts in mid-September and lasts until the end of June, but this will vary across the country. In addition to Easter and Christmas there are many other short breaks linked to national, regional and local saints’ days and fiestas.

In some areas you may be asked to pay for books and materials.

A number of International and British schools have been opened in Spain and all are fee-paying. Most of the English schools, for instance, will follow the English National Curriculum and will also enter students for GCSE and A Level courses. The advantage of this is that students may well be able to transfer back to the British system without undue difficulty. Class sizes may be smaller.

Some International schools offer the International Baccalaureate. The IB is the normal route into university for students on the European mainland and broadly corresponds to A Level, except that usually seven subjects are studied as opposed to the three subjects normally studied for A Level. The IB also includes elements such as community work and public speaking and many regard the IB as providing a more rounded education than A Levels.

Some English independent schools in Spain attract Spanish pupils but there may be a concern by some foreign-born parents that by sending their children to fee-paying schools they will not fully integrate into Spanish life and culture. It may be in some areas that the distance to travel to an independent school could result in a very long school day for your child.

For some parents, the cost of independent education will be a major issue: in addition to fees you will need to pay for uniforms, books, materials, PE kit, extra-curricular activity etc.

For further details you may wish to contact the National Association Of British Schools In Spain and/or the European Council Of International Schools.

There are four phases:

Educación Infantil (Pre-school) an optional level for 3–5 year olds. There are also some collegios infantiles (nursery schools).
Educación Primaria (Primary Education) is compulsory for children aged 6 to 11.
Educación Secundaria Obligatoria (Compulsory Secondary Education) for children aged 12–16. A wide range of subjects are studied often within mixed-ability classes. At the end of the ESO successful pupils are awarded a Secondary Education Certificate. The ESO is divided in to two cycles of two years each with the same system of repeating years if the standard of Math or Spanish language is not sufficiently high.
Bachillerato (Post-Compulsory Schooling) for 16 and 17 year olds.

The preparation for university courses are known as Curso de Orientatión Universitaria and the vocational courses are known as Formación Profesional. Once students have completed the Bachillerato they can take the University Entrance Examination (Pruebas de Acceso a la Universidad), popularly called Selectividad.

For further details you may wish to contact the Spanish Ministry of Education and Culture.

There are parents who are convinced that they have made the right choice by sending, or by not sending, their child to a local Spanish school. If the cost of schooling is not a major issue for you, then the common-sense advice is to visit a large number of state and independent schools in the area of Spain where you live to help you come to a decision.

What to anticipate in a Technical Antivirus Assessment