“Yo, bro, let’s Netflix and chill, eh?”, Sorry for the British impersonation, but isn’t that like a catchphrase nowadays? Feeling bored? Why don’t you binge on Seinfeld and some unhealthy junk. Or go watch the latest movie in the nearest PVR. The entertainment companies keeps on expanding in proportion to the demands people have for it. Because watching television is too mainstream, nyah, Netflix is the new TV. Our childhood is built on Disney. I mean, who hasn’t watched Aladdin or Snow white or Cinderella? Every little girls’ dream was to lose their shoe at midnight just so they could find their prince charming. What do you know, now if your lose your shoe at midnight, people deem you drunk. Not cool! I am not drunk, I’m just looking for my prince charming. (*Gets thrown in jail for DUI*)
Enough with the jokes, here are the top 5 entertainment companies for you :

The most trending line more a days we say is ” Nextflix and chill”. Netflix  was founded in 1997 as a DVD rent-by-mail service. It quickly dominated the DVD rental market and drove Blockbuster Entertainment out of business. Netflix is growing in a huge extent in the media world.The company has more than 65 million subscribers and is continuing to roll out its streaming service worldwide.
Netflix’s first original series was “House of Cards,” which premiered Feb. 1, 2013. It was the first series ever to release all of its episodes at the same time, and it was the first streaming series to be nominated for an Emmy Award. 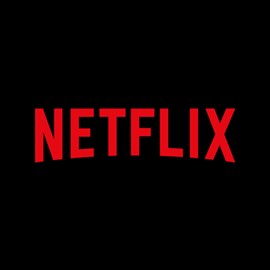 21st century fox was sounds off from the conglomerate News Corperation in 2013.The intention behind this was to separate the entertainment segments from the publishing business. It was founded by Rupert Murdoch; he remains the executive co-chairman, although his son James Murdoch is chief executive officer (CEO). The company reported revenue of $31.8 billion in 2014.The company’s broadcast business includes the networks Fox News, Fox Business News and Fox Sports. It also owns cable networks FX and FXXX, as well as many regional sports channels.

It is an American multinational mass media and entertainment conglomerate owned by ATandT. It’s assets include HBO, CW, Cartoon network,Turner,DC Comics and many more.Its annual revenue tops $30 billion. Since January 10,1990 it has been entertaining us with interesting movies , web series and what not.

Columbia Broadcasting system, also known as ” Eye network” in reference to it’s loggo or ” Tiffany Network” was aired in 18 January,1929. It was originally  a collection of 16 radio stations , and gradually it became one of the largest radio networks in USA. But it didn’t stop there, it touched the peaks of success and became one of the Three big American Broadcast tekevtelev network.

It’s primary interest rely on film and television. In the current times, it has become the ninth largest broadcasting, cable and media company in terms of revenue.It is officially controlled by Sumner Redstone. With it’s on growing success, its annual revenue was $14 billion in 2014.Viacom also owns MTV, Comedy Central and many more.

Comcast is an American global telecommunication conglomerate. It not only operates but also owns Xfinity cable communication subsidiary and many more film studios